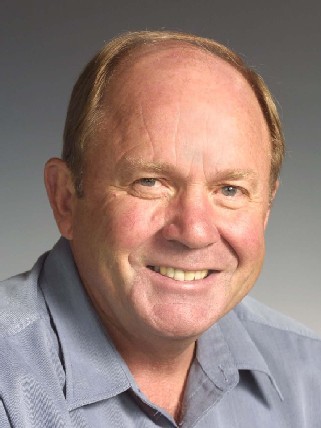 James Douglas Watson, noted New Zealand scientist, academic and biotech entrepreneur, was born in Te Teko - a small dairying township in the Bay of Plenty. He studied and trained at the University of Auckland where, with the support of his PhD mentors Ray Ralph and R.E.F. Mathews, he was equipped with the new discipline of molecular biology and an awareness of the power it had to answer fundamental questions of biology. In 1967 he moved to California to work as a Postdoctoral Fellow in one of the first biotech start-ups at the time and then later, at the Salk Institute when it was recruiting the brightest young minds to revolutionise science and the role it had to play for human good. This was also a watershed moment for Jim personally, as it coincided with the turmoil of the Vietnam war on University campuses, and the questioning of many of the societal values and assumptions present at that time about race and gender roles. Jim proudly counted luminaries such as Jacob Bronowski, Arthur Kornberg, David Baltimore, Francis Crick, James Watson and Jonas Salk as his colleagues at this time.

Jim was recruited to the high-profile Salk Institute in 1969 where he found himself in his element developing his science under the mentorship of Mel Cohn. He was rapidly embraced by the US science community and his special mix of drive and intellect, allied with a special “kiwi charm”, led to him working with many of the leading figures of the day including Leroy Hood. He eventually decided to take a Professorial position at California University, Irvine, where he became deeply involved in the new ways of building research-centred teams and biotech ventures around the recent science discoveries and translating them through to the practical value.  It is at this time that Jim made some key discoveries to our understanding of the immune system and in a partnership with Steve Gillis, performed an elegant series of studies that characterised and defined the major hormones and their receptors that drive the immune response (in particular Interleukin-2). His discoveries were fundamental and wide reaching, being the first to link the lps response gene to chromosome 4. Almost two decades later, Bruce Beutler’s group used positional cloning to find that this gene encodes TLR4, and for this he was awarded the Nobel Prize in medicine.

The knowledge and scientific approaches that evolved from Jim’s work, influenced many other efforts to understand the diversity of hormones and factors that regulate the immune system which is ongoing today. From this work, Jim can be rightly credited with being one of the founding fathers of cytokine biology. However, despite the many accolades and opportunities that were available to Jim in the USA at this time, he decided that his heart lay in bringing the scientific revolution and the benefits that come with it back to New Zealand. Therefore, in 1981 he returned to the School of Medicine, University of Auckland where he founded the Department of Molecular Medicine and served as Head of the Department from 1983 to 1993.  With his friend and colleague Professor John Marbrook FRSNZ, he set the scene for the future of Immunology in New Zealand. As the representative of New Zealand Immunology, he was a key architect in the merging of the New Zealand and Australian Societies of Immunology to form the Australasian Society for Immunology which has proven to be of significant benefit to both organisations.

Jim continued his scientific work on characterising cytokines of the immune system for many years, producing over 220 publications and 40 patents. In addition, he began studies on the immune response to M. Leprae - still a significant disease in southern Asia - and built an internationally recognised programme aimed at developing a vaccine to prevent this disease. Jim was also involved in one of the first studies that demonstrated that the transfer of selected populations of T cells into SCID mice can result in an inflammatory wasting disease—a phenomenon now known to result from the exclusion of FOXP3+ Treg cells. Anyone who had the privilege of working with Jim Watson at that time, will always recount his infectious love of science, deep knowledge and thinking beyond the immediate. He rejoiced in being disruptive to the established way of doing things and surfed a very visible and confident “California wave” in the New Zealand science community. In addition to his development of the Department of Molecular Medicine, Jim worked hard to break down the barriers to scientific partisanship throughout New Zealand and sought to build the capability of the scientific communities through recognition of the value of all groups (government, academia and commerce), the need to connect scientific disciplines and the need to support the endeavours of young people.

Jim made contributions to many organisations throughout New Zealand and played key roles as Trustee of the Malaghan Institute of Medical Research, Chairman of the Leukemia and Blood Foundation, President of the Australasian Society of Immunology, Director of the Foundation of Research Science and Technology Science Board, Executive in Residence of University of Auckland Business School, Chair of the NZ National Science Panel, Chair of the Riddet Institute, Chair of the Maurice Wilkins Centre and in 2003 he was elected President of the Royal Society of New Zealand.

In the later part of Jim’s scientific career, he saw the need to build Biotech in New Zealand. In 1994 he formed and led as CEO New Zealand’s first Biotech company, Genesis Research and Development Corporation which attracted venture capital from the USA, Australia and New Zealand and a listing on the Australian Stock Exchange. At its peak, Genesis grew to become 150 people applying the tools of bioinformatics, gene hunting and immunology to diverse areas of New Zealand science and technology. Jim also played further roles in the New Zealand Biotech sector being founder and Director of Biojoule Ltd, Pure Power Technology. In 2004 Jim was diagnosed with an aggressive form of prostate cancer and, as a result, formed Caldera Health with Richard Forster with the aim of finding better ways to diagnose and treat prostate cancer. After a long-battle with the disease lasting more than a decade, Jim succumbed to the disease. He is survived by his wife Margaret, and family.

As anyone who has met Jim would acknowledge, he was charismatic, energetic and optimistic—even in the face of severe disease. He made important contributions to the field of immunology, science and technology, he enriched the lives of those who knew him and has been a major force in New Zealand science.