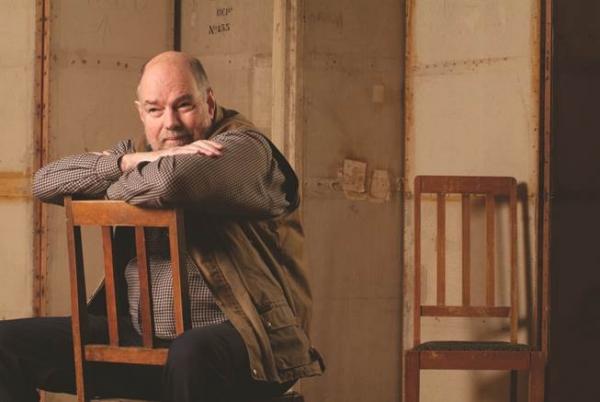 Bastow, as he is better known, died in Dunedin in April 2015 after a short illness. It had become obvious during the year that he was at least showing his age when, on an Otago Botanical Society field trip, he was struggling physically even though the going was not particularly hard. He never complained. By the end of 2014 he was consulting his doctor, but there weren’t any signs of anything particularly obvious. Then early in 2015 the seriousness of his condition was revealed and he had only a few weeks to live. When asked how he felt, his reply was to the effect that there was nothing to be done and there was no use getting hysterical about it. With that he knuckled down as far as possible to readying as many of his papers for publication while endeavouring to complete his book, appropriately with the running title, ‘42’.

Born in England, Bastow’s father was a mechanical engineer for Wallis and Stevens Ltd., manufacturers of heavy machinery, especially steam engines. He eventually became Works Director for the company and Bastow held him in high esteem reflected in an enthusiasm for steam machinery throughout his life. His mother died when he was seven and his upbringing was taken over by his mother’s sister, Mary, who moved in as housekeeper and caregiver for the young Bastow. She was aided by her sister, Joyce, and also his father’s sister, Kath. Why it took three spinster aunts to raise the young Bastow and what effect it had on his upbringing can’t be known, but he always spoke of them with the greatest affection.

His schooling was typical of the time: preparatory school for boys ending with grammar school in Basingstoke where he did very well before enrolling in 1963 in the University College of Wales – “ ... because my marks weren’t good enough for Cambridge”. This was a very happy time for Bastow and he maintained close links with the University (now the University of Aberystwyth) for the rest of his life, especially with his long-term colleague, mentor, lecturer and friend, Andrew Agnew. During this time he became active in the Student Christian Movement, the local bell-ringing group, and developed a penchant for good beer – interests he maintained for the rest of his life. In 1966 he completed a BSc first-class honours degree in salt-marsh ecology followed in 1970 by a PhD before taking up an ICI postdoctoral fellowship with the Hartley Botanical Laboratories at the University of Liverpool. During his time there, Bastow began applying for jobs and accepted the position of lecturer in the Department of Botany at the University of Otago where he was to remain for the rest of his career. Before leaving Liverpool he married Sue Davis, a fellow bell-ringer, and set sail, first class on the luxury P & O liner, S.S. Canberra, for New Zealand, such luxury making a great impression on the new appointee. On 29 September 1971 he started his new position under the then Professor Geoff Baylis for whom he formed lasting respect and admiration.

His commitment to the Department of Botany and the University of Otago was unequivocal with him being appointed Professor in 2005 and Head of Department from 2008 to 2010. In 1997 he was elected a Fellow of the Royal Society of New Zealand and Emeritus Professor of the University on his retirement in 2013 after which he became a Research Associate at Landcare Research CRI in Dunedin.During his career he became internationally known and respected in the field of community ecology producing more than 230 refereed papers with one being cited more than 650 times to date and at least half more than 30 times – no mean feat in ecology! Such was his commitment to his students that frequently the student’s name was listed first and his last. He collaborated widely throughout the world with leading figures in his fields as well as locally with ecologists such as Dr Bill Lee (32 papers) and Sir Alan Mark (24 papers). He became increasingly involved with publishing, especially the Journal of Vegetation Science, becoming an associate editor in 1995, a chief editor in 1999, Chair of the Chief Editors in 2000 and Consultant Editor on his retirement in 2013.

On arrival at the University of Otago, Bastow quickly adapted to his new role as lecturer in botany and developed the quirky teaching style that endeared him to his students. Quoting from Rupert Bear or launching into – thankfully short – snatches of Gregorian chanting, was a definitely novel way to stir student attention spans. His impressive collection of Rupert Bear annuals provided a somewhat unusual source for illustrating his course handouts and was a steady source of interest to his students. His courses were always well organised, his expectations of his students were high and he always insisted on challenging them to think and critically engage with current ecological theory. He was a great believer in the practical application of theory, both in the laboratory and in the field, and was continually updating his methods to accommodate new methods or improvements. Students were encouraged to come up with their own ideas and develop them into mini-projects; in the case of his fourth-year students, this involved exploring serious ecological questions through to publication in scientific journals in which they achieved a 100% success rate. He always had time for students, not just his own, but any who needed genuine help. I had no hesitation in referring those with little or no experience in statistical problems to him, a suggestion which was sometimes rather nerve-wracking for them, but never an issue for him and they invariably came away in an easier frame of mind than when they went in.

It was with his thirty or so postgraduate students that he really excelled. His time and support for them were immeasurable and he continually challenged their thinking. Generalisations and throw-away comments were thoroughly researched and the perpetrator would be taken to task often long after the comment had been forgotten by all but Bastow. His memory was prodigious and he had an uncanny knack of re-starting a conversation exactly where it had been left off perhaps weeks ago leaving the proponent floundering about trying to put their thoughts back together or just plain trying to work out what the topic was about! It didn’t take long for his students to develop similar traits themselves. The weekly Monday-morning meetings (which were occasionally on Mondays) with his students became something of a badge of honour bringing together all his students regardless of where they were at with their studies. These meetings were also held away from the University at Bastow’s or one of our homes and without regard for the time of year. On the rare occasion when Bastow could not be present students would take it upon them to carry on without him. Bastow’s opinions and views were often at odds with some, and occasionally all, of his students, but such was his manner and personality that it tended to bind the group together rather than break it up. This provided a diversity of ideas and experiences and a continuum of knowledge regardless of individual personalities. Through him, many of his students have been encouraged to follow academic and research careers across the world.

He was often accused of pedantry – “the second t in trait is silent, you know” ­– but this was just his way of encouraging his students to think broadly about the precise use of language. His use of ‘shew’ rather than show and ‘sachel’ rather than satchel was a great source of amusement to him and he used it constantly to the irritation of colleagues and students alike even though he didn’t take it seriously at all! He had a great sense of mischief and was constantly feeding in comments designed to provoke a response. He delighted in this, but was equally delighted when anyone beat him. However, his behaviour was not always appreciated and this made him rather difficult socially. Once, when Head of Department, he had to be away for a week and had to appoint a stand-in while he was away. Having difficulty finding someone he appointed his cat – not a popular choice! He would challenge popular causes which were justified by those who just accepted what the popular view was without researching the facts themselves. One such was climate change which put him off-side with some of his University colleagues when an opponent of the IPCC’s views was denied a chance to present his views in a public lecture. Bastow was not only immensely loyal to the University, but saw this as an affront to the basic principles of open enquiry and campaigned to have the decision reversed resulting in a very personal attack on him and pejoratively labelled a ‘climate change denier’ without any attempt to challenge his views. Bastow was well aware and accepting of anthropogenic climate change and spent considerable time critically evaluating the opinions and evidence being put forward.

His loyalty as a friend and teacher was a source of great value to him. Bastow may have been justified for abandoning a friend rightly imprisoned for his misdemeanours, but such was his personality he would visit him in prison. His life is littered with similar examples when he stood up for others, often completely unknown to him, but in a quiet and unassuming way when he thought there was injustice or just another side to their story. He rarely used first person pronouns and was a very private person which made it difficult at times to understand him.

In 2002 after a visit to Europe he contracted a debilitating illness which resulted in a sudden and extreme collapse. At the height of his illness, family and friends were advised to expect the worst, but he made a remarkable recovery and was soon up and about. However, his memory was seriously damaged and that took some time to return although for one brief period it never came back. He never fully recovered his old self, but his critical thinking was undiminished.

Bastow was justifiably a world-renowned ecologist and a scientist the University of Otago can be pleased to have been associated with. For those who were lucky to know him on a personal level, their memories will be a reminder of a great personality, full of fun and mischief and an astute critic who kept us forever on our guard against poor thinking.

Department of Botany, University of Otago