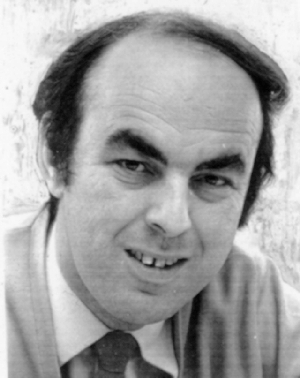 Professor J. Keith Syers was appointed as the Foundation Professor in the newly established Department of Soil Science at Massey University in 1972. He followed Dr Cliff Fife, also a soil chemist, who retired in the same year.

Keith was no stranger to New Zealand, having spent two productive years (1964-1966) at Lincoln College working with Professor T.W. Walker on the chemistry of phosphorus in soil chronosequences. At the time of his appointment at Massey University, he held the position of Associate Professor in the highly regarded Department of Soil Science at the University of Wisconsin (Madison), to where he moved from Lincoln College in 1966 to work with Professor Marion Jackson as a Postdoctoral Fellow.

Between 1972 and 1985, Keith was responsible for a number of key technical and academic staff appointments in soil science at Massey University and the department’s research activities developed rapidly. He was instrumental in setting up the Fertilizer and Lime Research Centre in 1983 (and was also its first Director), which met with considerable opposition from several quarters at the time, who were anxious to maintain the status quo.

During his time at Massey, Keith was involved in research on soil, plant, and fertiliser phosphorus with staff, postgraduate students, and postdoctoral fellows. A fairly substantial phosphorus research programme was initiated which has continued to flourish well after his departure.

Keith served on a wide range of New Zealand committees, including the National Research Advisory Council’s Primary Production Committee (1972-1978), participating in the Hill Country Working Party (1976-1977) and the Phosphate Fertilizer Use Working Party, which he chaired (1978), and the National Committee on Problems of the Environment (1975-1978, serving as chair between 1976 and 1978). He was a member of the Council of the New Zealand Society of Soil Science, serving as President from 1980 to 1982, and a member of the Board of Trustees of the Massey University Agricultural Research Foundation (1977-1978, 1981-1985). During this time, Professor Syers was also active internationally, holding Visiting Professorships at the University of Georgia (Athens, USA), where he spent a sabbatical leave in 1978-1979, and Zhejiang Agricultural University (Hangzhou, People’s Republic of China), and serving as Senior Vice-Chairman of Commission II (Soil Chemistry) of the International Society of Soil Science (1982-1986).

At the end of 1985, Keith resigned to take up the position of Professor and Head of Soil Science at the University of Newcastle in the UK, where he subsequently became Head of the newly formed Department of Agricultural and Environmental Science (1987), and then Dean of the new Faculty of Agriculture and Biological Sciences (1989-1992), the formation of which he was substantially involved with.

In 1992, Keith was seconded to the International Board for Soil Research and Management in Bangkok, Thailand, where he was Director of Research and did not return to the University of Newcastle until early 1996. He took early retirement from Newcastle in 1999, with the appointment of an Emeritus Professorship, and was then appointed as Professor of Natural Resources (in the Faculty of Agriculture, Natural Resources, and Environmental Sciences) and Vice-President for International Relations (in the President’s Office) at Naresuan University in Thailand in 2000, positions that he held until his death.

Keith had professional (soil science) experience in more than 20 countries, in addition to working for extended periods in New Zealand, Thailand, the United Kingdom, and the United States of America. He also had funded research projects in Ghana, Malawi, Portugal, Uganda, and Zimbabwe.

When asked in 2002 to give the three professional achievements which have given him the most satisfaction he listed: (i) publishing a paper in Nature with the late John Ryden on work done at Massey University on the charge relationships of phosphate sorption by soils (1975), (ii) serving as the Specialist Advisor to the UK House of Lords European Communities Committee on Nitrate in Waters (1989), and (iii) chairing the Scientific Advisory Committee of the World Phosphate Institute (1997-to his death).

Up until his untimely death at his home in Thailand on 16 July 2011, Professor Syers was still active in soil science research. In recent years he was increasingly involved with writing reviews, editing books, and arranging review and synthesis meetings, particularly with SCOPE (Scientific Committee on Problems of the Environment), IFA (International Fertilizer Association), the International Potash Institute, and the World Phosphate Institute (IMPHOS).

Keith was an outstandingly enthusiastic mentor for a multitude of soil science postgraduates. He managed to instil the work hard/play hard ethic in most of those students, who have gone on to be world leaders in their particular disciplines. The Soil Science Society of America awarded Keith its 2011 Distinguished Service to Soil Science award, recognising Keith’s outstanding service to soil science both through his own research and outstanding administrative leadership during his career.

Obituary was lodged on the website on Thursday, 27 September 2012.