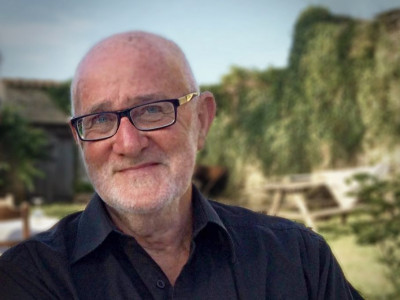 Many intellectuals, academics, staff, alumni and students of universities in New Zealand and overseas, and members, fellows and staff of the Royal Society of New Zealand will be saddened to hear of the death of Emeritus Professor Kenneth Strongman on 29 December 2019. Ken had a full career as an academic and spent much of it in leadership positions or serving as chair in a variety of committees. Ken completed his PhD in experimental psychology at University College London in 1964. After this he took up positions as a Lecturer and Senior Lecturer at the University of Exeter. During this time he spent a sabbatical as an associate professor at Victoria University British Columbia, Canada. Ken was then appointed as Professor of Psychology at the University of Canterbury in 1979, where he remained for 41 years. At the University of Canterbury, he was Head of the Department of Psychology from 1982 to 1997, and was seconded to act as Head of Department for other disciplines before subsequently becoming Pro-Vice-Chancellor of Arts, 2003-2008 and Assistant Vice Chancellor (Government & Community Relations,) in 2009. He became Professor Emeritus on his retirement in 2010 but continued to contribute actively to academic life, including seeing the humanities included within the Royal Society of New Zealand and encouraging the activities of its branches.

Ken achieved wide recognition for his extensive academic research, teaching and administrative leadership and service. His academic research was principally in the field of emotions. His text “The Psychology of Emotion” ran through five editions and was widely cited. Ken also edited the first international collection of essays (1991) in a field that was only just emerging and which helped bring the study of emotion in psychology into the mainstream as an area of research and teaching. As Head of the University of Canterbury Psychology Department Ken hosted several world-renowned academics including the philosopher of social science the late Professor Rom Harré. As a lecturer Ken’s undergraduate students remember him for his clear and easy lecturing style. The many PhD students he successfully supervised remember him for his insight, his endless encouragement and patience, and the genuine pleasure he took in their achievements. As a psychologist he always insisted on the discipline’s historic dual place as both a science and an art, and its application to everyday life. He was active in the university teachers’ union, and with the administration of Canterbury University Press. He also acted as a consultant to professional groups and companies outside the university. He was elected a fellow of the NZ Psychological Society in 1982, became a fellow of the British society in 1990, and was honoured by the Royal Society of NZ as a fellow four years later.

A lifelong believer in the role of academics in society more broadly, Ken was always approachable and took on numerous roles outside the university. He lectured to RAF trainees in his early career while at the University of Exeter. and was in later career involved in research administration and training with the NZ Police. He was a member of New Zealand's Film Censorship Board of Review in the 1980s. His activities for the wider community in Christchurch included chairing the Arts Centre management board in the 1990s, and that of Canterbury Museum and extensive writing for The Press, especially as a television and book reviewer. Throughout his career, Ken regularly gave public lectures to audiences on a wide variety of topics, including crime fiction about which he was very knowledgeable and he served as a judge for several book awards.

Ken made a leading contribution to the Royal Society of New Zealand, particularly through his championing of the humanities that led to its re-inclusion in the Society.

Whilst Ken served as a Vice-President of the Society, a Memorandum of Understanding was signed between the Humanities Council and the Society in 2009. He then served further on the Council, finishing in 2014. He rejoined the Council in 2016 as the Branch representative, bringing renewed energy and commitment to the relationship with the Society's branches.

Royal Society Te Apārangi President, Professor Wendy Larner FRSNZ, who spoke at his funeral on 4 January 2020, said that he was a mentor to her and other senior leaders of the Society, always offering sound advice in a calm and considered way: “In short, Ken Strongman was a central and influential figure in New Zealand's research landscape. Today it is hard to imagine Te Apārangi without the humanities. The questions humanities scholars ask – how do we avoid the mistakes of the past as we look forward to the future, what does it mean to be human, how do we foster multiple knowledge forms in Aotearoa New Zealand – have never been more imperative. And it is thanks to Ken that Te Apārangi has the right people in the organisation to address today's research challenges.  Ken - thank you so much for your strength, support and care."

Both rain and tears are shed over those who have died