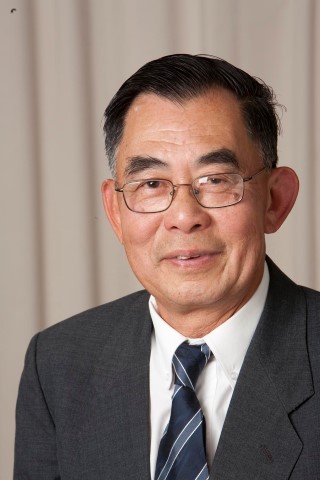 Emeritus Professor Kuan Meng Goh died on 10 January 2014 at Christchurch Hospital aged 78 years. Professor Goh’s death was unexpected, as he was understood to be in good health and was anticipating a trip with his wife Nancy to Vietnam and Cambodia. He had retired from Lincoln University in 2008 after 37 years in the Department of Soil Science, although retirement meant a change in focus to other related activities. The culmination of his international recognition came in 2005 when he contributed six chapters to a joint United Nations FAO/IAEA book entitled Carbon Isotope Tracers in Investigating Soil Carbon Sequestration and Stabilisation in Agro-ecosystems. This book was a major contributor to Kyoto-era science. Subsequently he was one of five international experts reviewing the role and worldwide contributions of the FAO/IAEA Agriculture and Biotechnology Laboratories – Soil and Water Management and Crop Nutrition, Plant Breeding and Genetics, Animal Production and Health, Insect and Pest Control and Food and Environmental Protection. Professor Goh’s expertise was in the field of soil organic matter and soil nutrition using a wide range of isotopic techniques.

Professor Goh first came to New Zealand in 1957 from Malaysia as a student under the Colombo Plan, undertaking an intermediate year at Auckland University College prior to enrolling at Massey Agricultural College. He graduated BAgSc in 1961, was awarded a Senior Scholarship and completed his MAgSc in 1962 with a specialisation in Soil Science. Returning to Malaysia with his New Zealand wife Nancy, he was appointed Junior Lecturer and then Lecturer in Soil Science in the Faculty of Agriculture in the University of Malaysia. From 1965 to 1969 he was a Fulbright Scholar at the University of Illinois Champaign-Urbana in the United States, graduating PhD in1969 with a specialisation in soil organic chemistry. The Goh family then returned to New Zealand, Dr Goh accepting a position with the Soil Bureau DSIR as a soil organic chemist. In 1971 he was appointed as Senior Lecturer in Professor Tom Walker’s Department of Soil Science at Lincoln College (now Lincoln University) and in recognition of his contributions to teaching and research was promoted to Reader in 1978 and Professor in 1991. He, together with his postgraduate students and other colleagues, contributed some 300 reviewed publications including numerous book chapters. The topics covered included soil organic matter chemistry and dynamics, soil carbon sequestration and climate change, soil nitrogen phosphorus and sulphur cycling. The isotopic techniques used in these studies included nitrogen-15, sulphur-35, carbon-13 and carbon-14, and carbon-13 and phosphorus-31 nuclear magnetic resonance spectroscopy. Outside of the University Professor Goh was active in extension programmes with courses for home gardeners, farmers, horticultural growers, and field staff of fertiliser companies. In addition, he provided technical advice to consultants, Crown Research Institutes and Regional Councils. Professor Goh maintained a varied number of international connections with academic and research groups, particularly in the Peoples Republic of China, Japan, South Korea, Thailand and Malaysia. These involved invited lectures, keynote speaker at conferences, consultant and reviewer of academic and research programs in agriculture and horticulture. He has been a reviewer of 42 international and national scientific journals and publications. He received a Special Achievement Award from Lincoln University in 1994, had an A Grade PBRF assessment and was made an Officer of the New Zealand Order of Merit in 1999 for services to Soil Science and the Chinese community in New Zealand.