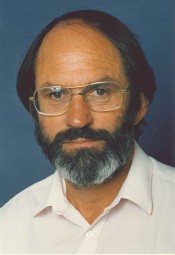 Even though it was not unexpected, the death of Emeritus Professor Peter Lorimer came as a great shock to the many people whose lives he had touched. He was ﬁrst of all a mathematician, and moreover a mathemati­cian with great ﬂair and imagination. He was also a family man, a socially-responsible citizen, a lover of the arts and crafts of his country, and a lover of literature. The two authors of this short tribute each had their lives enriched by knowing Peter, doing mathematics with Peter, and enjoying his company and friendship.

Peter was born in Christchurch on 16 April 1939 and died at Auckland City Hospital on 7 February 2010. He studied for a BSc at the University of Auckland from 1957 to 1959, gaining a double major in Pure and Applied Mathematics. The following year he earned an MSc with First Class Honours in Mathematics. He then received a Commonwealth Scholarship to enable him to study at McGill University in Montreal, where he completed a PhD in 1963 under the supervision of Professor Hans Schwerdtfeger, with a thesis entitled “A study of T2-groups”. After holding a temporary academic appointment at McGill, Peter returned to New Zealand to a Lecturership in Mathematics at the University of Canterbury. In 1966 he was appointed as a Senior Lecturer at the University of Auckland, where he worked until he retired. He was promoted to Associate Professor in 1973 and to a personal chair in 1991.

Peter and Ruth Lorimer were married in 1968. They have three children Rachel, Nicole and Daniel, and a grandson Lincoln, born a year before Peter’s death. They built a home for themselves in Kauri Glen Road, Northcote and remained there throughout their married life. Their home, in an idyllic setting and surrounded by native plants, has over the years, been the scene of many departmental and other gatherings.

Peter is perhaps best known for his research on ﬁnite projective planes, and particularly the construction and classiﬁcation of non-classical planes, such as translation planes, and other projective planes of given types. Independently, he and Alan Rahilly constructed a new translation plane of order 16 in 1974, now known as the Lorimer-Rahilly plane, and their constructions are still being cited today. Peter also made valuable contributions to the ﬁeld of combinatorics known as Ramsey Theory, concerning the complexity of smallest networks of a given type under certain conditions. Peter found some of the very few Ramsey numbers that are known.

In more recent years Peter’s work focussed on combinatorial graphs possessing a high level of symmetry, motivated by his interests in crystals and quasicrystals. He was able to use his extensive knowledge of group theory to construct and classify such graphs with particular properties. Peter’s fundamental work on symmetric graphs of prime valency has been a catalyst for much of the subsequent research by other leaders in this ﬁeld.

The high quality of Peter’s research was recognised in 1988 by his election as a Fellow of the Royal Society of New Zealand. Peter was rightly pleased about this, especially since the number of pure mathematicians who had gained this distinction at that time was only a handful. Shortly afterwards, Peter’s distinguished research attainments and leadership role were further recognised through the award of his personal chair. In 1997 he was awarded the New Zealand Mathematical Society’s Research Award, “for a lifetime of achievements in mathematical research, especially for his contributions to the application of group theory in geometry and combinatorics, and to the structure and classiﬁcation of ﬁnite projective planes”.

Peter was passionate about mathematics and about the teaching of mathematics. He had his own style, and was constantly in search of new ways to explain the deep ideas, fundamental to mathematics, with freshness and approachability. He constantly sought new ways to relate ‘pure’ mathematics with applications of mathematics. Even in a course that Peter had taught for many years, he would never be content to repeat the work unchanged because he would always have new insights and new ideas about the subject. His aim was always to distill the essence of a topic, introduce what he saw as the key concepts, and then fold in more technical aspects once the key concepts were understood. For example, he felt that vectors should always be introduced geometrically before dealing with their representation by algebraic coordinates, and there is a lot of merit in that approach. Immediate application is often put ahead of understanding, to the detriment of the subject as whole (as well as the applications). Peter was always keen for students to be able to have both understanding and practical ability. In the most active years of Peter’s research career it was unusual for students to remain in Auckland to undertake PhDs in pure mathematics, but Peter encouraged many strong students to take a personal interest in research even while they were doing undergraduate and masters degrees.

Peter was also a person with the highest possible social ideals. He lived his ideals as well as espousing them. Besides an intense interest in contemporary social and political issues, he was a keen student of the turbulent history of our country and especially of the New Zealand wars.

Peter always enjoyed artistic pursuits and taught himself wood-carving skills. He especially loved furniture made from Kauri and other New Zealand wood. The magniﬁcent carved sign MATHEMATICS adorning the headquarters of the Auckland department was a gift from Peter, and of course the carving was his own work. We believe the design of the original cover of the departmental research reports was selected by Peter. He was fascinated by such designs coming out of traditional Maori artwork.

He greatly contributed in many ways to the life and work of the Auckland Mathematics Department, es­pecially making his colleagues think about important issues such as equity, and the quality of courses. It was difﬁcult to watch his health decline over the last 10 years, but we all admired his strength of character and the continuing interest he took in education, research and people, right up to his last days.

Peter took early retirement on medical grounds in the late 1990s, after complications following heart surgery. He suffered brain hypoxia, leaving him with severe symptoms of Parkinson’s disease. Peter’s health steadily declined over the last ten years, until he died in February 2010, aged 70. He is survived by Ruth, Rachel, Nicole, Daniel, and Lincoln.

In preparing this obituary, the authors have drawn on a number of resources. They especially wish to acknowledge the comments and the insight of Professor Cheryl Praeger of the University of Western Australia.

Lorimer, P. J. 1965: T2-groups and a characterization of the ﬁnite groups of Moebius transformations. Canadian Journal of Mathematics 17: 353−366.

Lorimer, P. J. 1965: A characterisation of the Moebius and similarity groups. Journal of the Australian Mathematical Society 5: 237−240.

Lorimer, Peter 1969: A class of projective planes of cubic order. Proceedings of the American Mathematical Society 21: 93−95.

Lorimer, Peter 1969: On the ﬁnite similarity groups. Journal of the Australian Mathematical Society 10: 106−110.

Lorimer, Peter 1973: A class of block designs having the same parameters as the design of points and lines in a projective 3-space. In: Combinatorial mathematics (Proceedings of the Second Australian Conference, University of Melbourne, Melbourne, 1973). Lecture Notes in Mathematics, Vol. 403, Springer, Berlin, 1974, pp. 73–78.

Lorimer, Peter 1980: An introduction to projective planes: some of the properties of a particular plane of order 16. H. G. Forder 90th birthday volume. Mathematical Chronicle 9: 53−66.