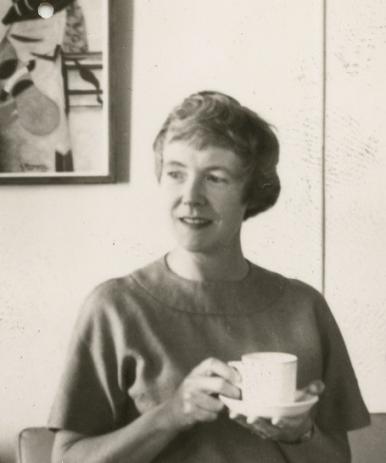 Professor Philippa Wiggins (nee Glasgow) was a very private and modest person but was a widely recognized and respected scientist who was known around the world for the huge impact she had on our basic understanding of the biochemistry of life.

After gaining an MSc honours degree in Chemistry at Canterbury University in 1947, Philippa was awarded a scholarship to work at the Davy-Faraday Laboratory at the Royal Institution in London, and later completed her PhD at King’s College London. Philippa returned to New Zealand to work with Dr Walter Metcalf at the University of Canterbury from 1962 to 1966. She then worked as a research scientist at the University of Otago and that is where her lifetime interest in the role of water in living cells began.

She was awarded a Career Fellowship by the New Zealand Medical Research Council. She continued her research at the University of Auckland from 1970 to 1990, where she was Professor of Membrane Physiology in the Department of Medicine. In 1994 she was co-founder of BioStore NZ, and in 1997 she was a research scientist for Genesis Research and Development Corporation. She continued to publish scientific papers until 2009.

Her contributions to understanding the special properties of water in living systems would be difficult to over-estimate. She explained many phenomena by more fully understanding the structure and properties of water. Through hydrogen bonding, water forms huge crystal-like structures similar to ice that have a lower density than the surrounding less-structured water. At temperatures above 0°C, the ice-like structures break down and form again at incredibly rapid speeds. This gives liquid water its special properties. The low density crystal-like structures take up potassium but not sodium. Dr Wiggins first observed this phenomenon in the late 1960s. A “eureka moment” occurred when she realised that this is exactly the way living cells work. To explain this, she proposed that water can exist in at least two different forms as described above and that the living cells make use of this property. These “states” of water also impact on the structure of DNA and proteins.

Her work resulted in more than 70 articles published in respected international journals and about 40 patents. She received numerous awards and accolades, including a medal acknowledging her achievements from the HRC.

Evan A, Lewis D, Wiggins PM A simple universal mechanism of use and conservation of energy: its application to movements of ions and other materials across cell, mitochondrial and other membranes and to oxidative phosphorylation. Med Hypotheses. 1977 Jan-Feb;3(1):25-32

Wiggins PM (2008a) Prions plaques and polyelectrolytes. Journal of Biological Physics and Chemistry 8 49-54

Wiggins PM (2008b) DNA as a Darwinian self-replicator. Journal of Biological Physics and Chemistry 8 89-93