2022: Dr Holly Winton, from Te Herenga Waka Victoria University of Wellington, has been awarded a Rutherford Discovery Fellowship for research titled ‘Southern Ocean phytoplankton and climate: Understanding the ability of phytoplankton to modulate climate in a warmer world’

Dr Holly Winton is a Research Fellow in Ice Core Climatology at the Antarctic Research Centre, and an Honorary Researcher at the British Antarctic Survey. Dr Winton’s expertise in atmospheric science and paleoclimatology is changing our understanding of how biogeochemical processes in the ocean, atmosphere, and snow affect the global climate. She is currently leading the biomarker component of two large international research programmes; the Million Year Ice Core (MYIC) project, and Partnerships for Investigating biogeoChemistry of the Atmosphere in Antarctica and the Southern Ocean (PICCAASO).

Dr Winton received her PhD in Applied Physics from Curtin University, Australia, in 2016, a MSc in Geology from Victoria University of Wellington in 2011, and a BA in Geography from the University of Canterbury in 2007. She is no stranger to Royal Society Te Apārangi funding, having been awarded two Marsden Fund grants in 2021, as a Fast-Start Principal Investigator and Associate Investigator, as well as a Rutherford Foundation Postdoctoral Fellowship from 2019-2021. 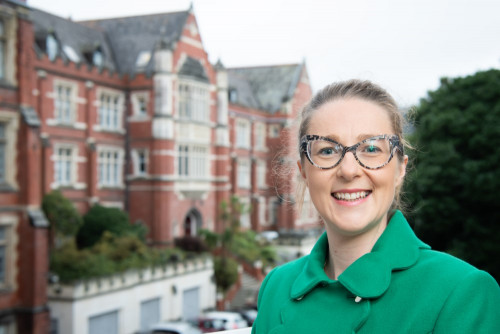 Southern Ocean phytoplankton (tiny marine plants) interact with the Earth’s climate by using sunlight to convert carbon dioxide into organic carbon. They also produce aerosols which help form clouds and regulate the Earth’s energy balance. Phytoplankton blooms are seasonal and altered by sea ice conditions, temperature, wind, and nutrient availability. Given our current warming climate, it’s important to understand how seasonal phytoplankton blooms have responded to Earth’s previous warm periods, but our current tracking methods – satellites – only go back 20 years. Thankfully, Antarctic ice cores preserve aerosols from phytoplankton for millennia, allowing sulfur to be used as a marker to track past production. But sulfur alone cannot convey the complex interplay between ocean, atmosphere, and biogeochemical processes.

Dr Winton’s recent work has been in recognising additional biological markers of phytoplankton productivity, diversity, and habitat based on nitrogen, fatty acids, and fluorescent organic matter. With this Fellowship, Dr Winton will measure and compare the expanded suite of biomarkers found in ice cores and present day aerosols for a more complete picture of how and why Southern Ocean phytoplankton have changed in the past and what we might expect in the future.

Dr Winton understands that knowledge about the environment is also contained in maramataka – the Māori environmental and lunar calendar. Therefore, one other aspect of her Fellowship partners with mātauranga Māori experts to explore connections and co-create a maramataka of Antarctica, providing a Māori worldview and holistic perspective of environmental change in the region. Together with the biomarker findings, outcomes from this research hope to influence Antarctic management and its socioeconomic vulnerability to climate change.