2020: Dr Martino Lupini, School of Mathematics and Statistics, Victoria University of Wellington, has been awarded a Rutherford Discovery Fellowship for research titled ‘Computing the shape of chaos’ 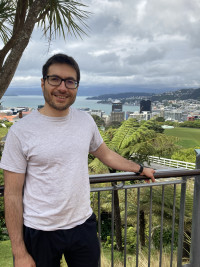 Dr Martino Lupini is a Senior Lecturer at the School of Mathematics and Statistics, Victoria University of Wellington. Having completed his PhD at York University in Canada in 2015, Dr Lupini has been well supported, including being awarded a Marsden Fund Fast-Start grant in 2019 for research titled ‘Logic and C*-algebras’. Dr Lupini spent four years between 2015 and 2019 at the California Institute of Technology, firstly as a Harry Bateman Research Instructor and then as a Visiting Associate. During his time in California he was awarded a National Science Foundation grant titled ‘Logic and the Mathematics of Quantum Physics’.

Topology (the study of shape) and algebra (the study of operations and equations), while being seemingly disparate subjects of mathematics, are connected through algebraic topology. This assigns algebraic structures to objects such as curves and surfaces, which can then be manipulated with familiar operations like addition and multiplication. Algebraic topology provides sophisticated mathematical machinery that is capable of distinguishing and classifying shapes, significantly expanding and generalising the fundamental observation that, for example, the shapes of an orange, a doughnut, and a pretzel are distinguished by the number of their holes (none, one, and three, respectively). 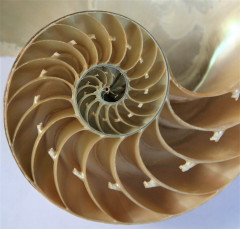 Traditionally, algebraic topology has been applied to the study of ‘smooth’ curves and surfaces that exhibit simple structures on small scales. However, algebraic topology struggles when it comes to fractals, which are never-ending patterns and as such remain complex at all scales. While mathematically complicated, fractals are easily recognised in the natural world in the intricate branching of river networks or spiralled chambers inside seashells. As fractals are formed by repeating the same process over infinite scales, each fractal tells the story of the specific process that created it. This also means that fractals are highly sensitive to the initial conditions that formed them. Mathematically, systems like this are called chaotic.

Over the course of this fellowship, Dr Lupini wants to “compute the shape of chaos” by developing a generalisation of algebraic topology to include fractals, and open up a new set of tools for comparing and categorising such objects in real applications. For example, he plans to apply the newly developed methods to systems arising in quantum physics. To achieve these ambitious goals, Dr Lupini’s particular insight is to introduce methods from another seemingly unrelated area of mathematics in which he specialises: mathematical logic. He will initiate new collaborations between New Zealand’s existing world-leading research groups in topology, operator algebras, and mathematical logic to develop the field of definable algebraic topology. It is hoped this new multidisciplinary, multi-university research cluster will be able to tackle other unsolved mathematical questions, strengthen New Zealand’s research capacity, and attract talent from around the world.