President of the Royal Society of New Zealand, Sir David Skegg FRSNZ, says it is important to recognise the achievements of New Zealand’s top scientists and scholars.

“These medallists have all made major advances in their varied fields: anthropology, architecture, engineering, biology, chemistry, sociology and physics.  High-quality research in science, technology, and the humanities is vital for the economic and social advancement of New Zealand.

“Tonight we celebrate their success.”

View photographs from the event. 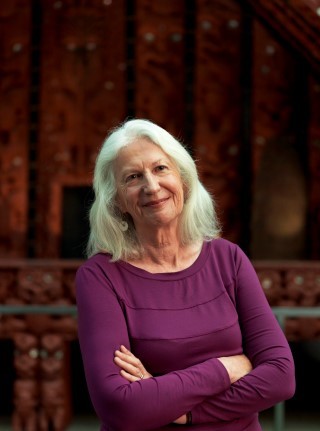 The country’s highest science honour, the Rutherford Medal, was awarded to social scientist Distinguished Professor Dame Anne Salmond FRSNZ, University of Auckland, for her eminent work on Māori social structures and interactions with the European world, and on European exploration and engagement in the Pacific.

Her widely acclaimed books have challenged thinking on cultural interaction in the Pacific, and deepened understanding of the individuals, social structures and political forces that collided in the eighteenth and nineteenth centuries in New Zealand.  Together with the medal awarded by the Royal Society of New Zealand, she also receives $100,000 from the Government.

The top award for achievement in technology, the Pickering Medal was awarded to Emeritus Professor Sir Harold Marshall FRSNZ, formerly of the University of Auckland, for his innovative research-based acoustical designs that have had a profound effect on the design of performance spaces for music, worldwide. Marshall Day Acoustics, the company he founded with Christopher Day has been involved in the design of numerous concert halls. Two of the most recent are Guangzhou Opera House and the Philharmonie de Paris. Read more on the 2013 Pickering Medal winner.

The Thomson Medal for the management and application of research was awarded to Dr Peter Leefor his outstanding contribution to commercialisation of scientific research, largely through his work as Chief Executive of the University of Auckland’s commercialising arm Auckland Uniservices Ltd, which is the largest company of its kind in Australasia and one that is recognised throughout the world for its innovative practices. Read more on the 2013 Thomson Medal.

The inaugural Mason Durie Medal for advancing the frontiers of social science was awarded to criminologist Professor John Pratt FRSNZ, Victoria University of Wellington, who has advanced the field of the sociology of punishment and comparative penology, specifically why the punishment of offenders changes over time and comparisons between English-speaking and Nordic societies. Read more on the 2013 Mason Durie Medal.

The Hutton Medal for plant science was awarded to Professor Dave Kelly FRSNZ, University of Canterbury, for developing knowledge of native flora in New Zealand and defining the key interactions between plants and animals. He has made long-term studies of South Island ecosystems, including decade-long studies to understand ‘mast seeding’ where plant species synchronise production of an unusually large seed crop. Read more on the Hutton Medal 2013.

The Hector Medal for the advancement of physical sciences was awarded to Professor Richard Blaikie FRSNZ, University of Otago, for his fundamental and wide-ranging contributions to the field of nano-optics, showing that light can be manipulated at scales much smaller than its wavelength and providing a world-first demonstration of a controversial superlens system using subwavelength techniques. Read more on the 2013 Hector Medal.

The T.K. Sidey Medal for outstanding scientific research in the field of electromagnetic radiation was awarded to Professor Jim McQuillan FRSNZ, University of Otago. He was part of a research partnership that created a new chemical analytical technique called surface-enhanced Raman scattering (SERS) and developing infrared spectroscopy to examine wet metal oxide nanoparticles. Read more about the T.K Sidey Medal 2013. 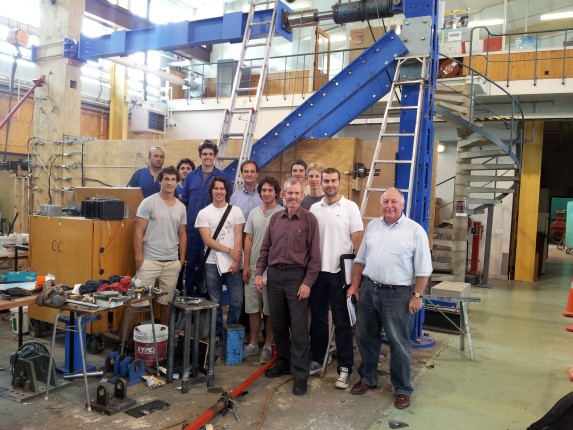 The R.J. Scott Medal for engineering sciences and technologies was awarded to Professor Andrew Buchanan, University of Canterbury, for his world-leading work in developing design techniques for large-scale timber buildings and designing for fire safety. Read more about the 2013 R.J Scott Medal.

The MacDiarmid Medal, awarded for advances for human benefit, was received by Professor Neil Broom FRSNZ, University of Auckland, for his research that, by combining engineering and biological concepts, has led to better understanding of human heart valves and joint and spinal tissues. Read more about the 2013 MacDiarmid Medal.

The Health Research Council of New Zealand (HRC) awarded the Liley Medal to Professor Michael Baker from the University of Otago, Wellington, for his outstanding contribution to the health and medical sciences in the field of public health. Professor Baker’s research has shown a marked rise in the incidence of serious infectious diseases and rising inequalities across populations in New Zealand. Read more on the 2013 Liley Medal.